Welcome to the 80s Mix Tape, a loving tribute to the best era of music ever!

Alongside fellow DJ Ian Sellens, we’ve created the ultimate in mobile retro disco! Our totally 80s themed party has all the classic 80’s tunes, guaranteed to fill any dance floor! And it’s not just the music either…we can also provide the right props and room decor to really recreate the golden age of pop, rock, ska, hip-hop & new wave. Whether you’re a Whamette or a Durannie, a breakdancer or a cool new romantic, this is definitely the party for you! We guarantee to play only the music of the 80s and nothing else!

We both grew up in the midst of the fantastic 80s music. I was a bit older than Mr Sellens, so my influences came from the ska, hip-hop and new romantic stuff of the early 80’s. I was already a disco fan so the soul invasion was pure heaven for me too. Ian was a soul boy through and through, his knowledge is still extensive when it comes to anything soul, funk or jazz-funk. He then discovered house music in it’s early days which inspired his career in DJing.

Together we form a formidable team; knowledge, skill and genuine 80’s experience. And we can bring it all to your party! 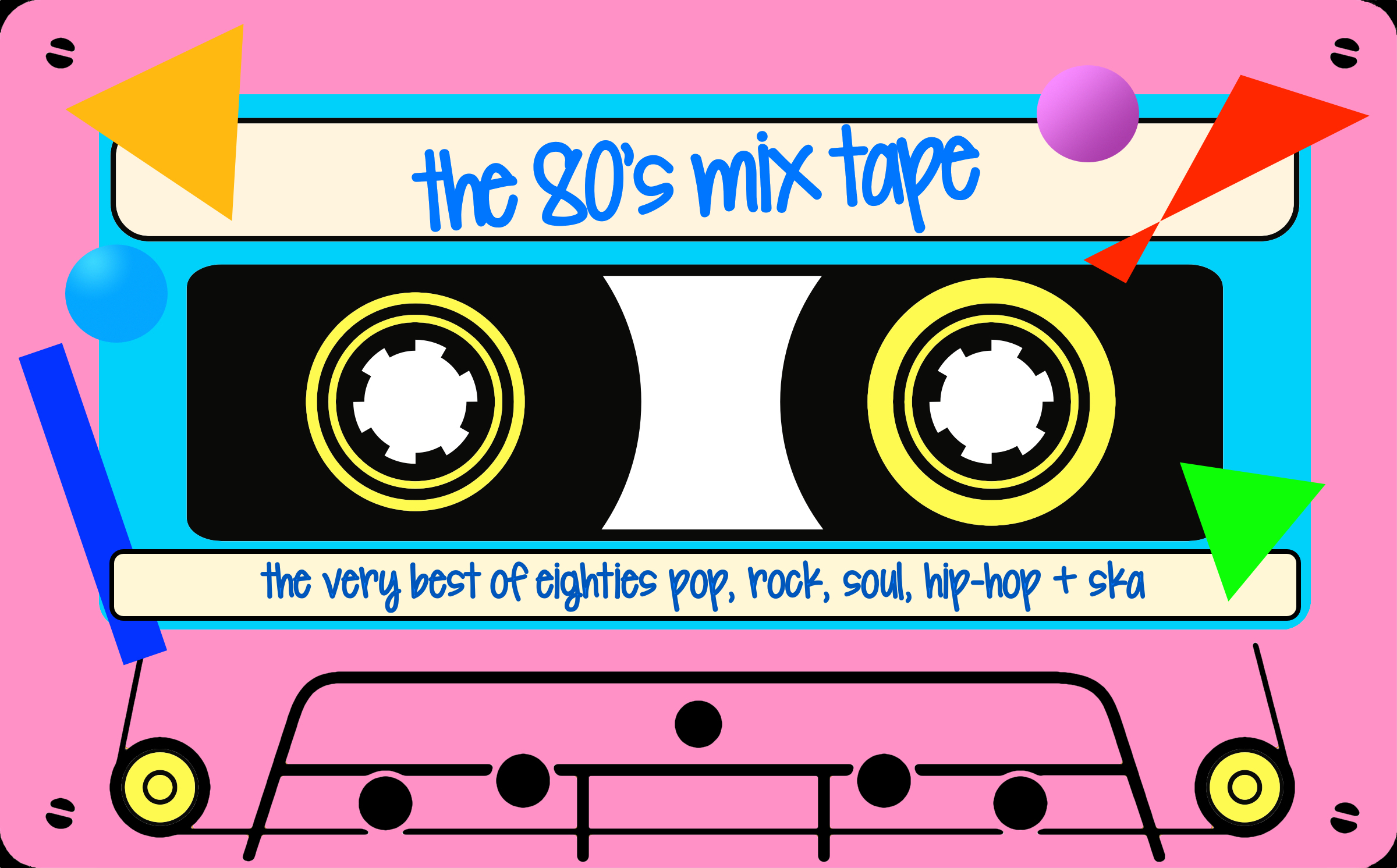 There was soooo much music variety in the 80’s that it has probably become the most influential decade of all time for popular music.

In the early 80’s, it began with the tail-end of punk music from the 70’s, acts such as Adam & The Ants, The Jam and Blondie taking the punk sound to the masses. From there, it progressed to the heavily-reggae-influenced ska scene….step forward Madness & Bad Manners into the spotlight. By the end of the 70’s, many had declared that “disco was dead” but a new breed of soulful dance music was upcoming, spearheaded by the likes of Luther Vandross and Alexander O’Neal with their silky smooth style. The soul scene was massive in Essex and the South East of the UK by the mid-80’s, with many clubs and ‘weekenders’ purely devoted to the sound.

Perhaps the most controversial (and different) genre to gain huge popularity in the 80’s was hip-hop. The new art of rapping over looped electronic beats and ‘scratching’ a record mid-song divided a nation! Run DMC, Public Enemy and NWA led the way. Whilst hip-hop was taking the US by storm, the UK was creating it’s own waves…with new wave! More commonly known these days as ‘new romantic’, here were smartly dressed stylish bands playing music influenced by punk but without the aggression, mixed with definite Bowie touches and incorporating art and fashion. Probably the most famous advocates were Duran Duran & Spandau Ballet, although Depeche Mode & New Order tended to offer the more authentic new wave material.

Whilst all this was going on, pop music was taking off in a huge way! MTV videos were the new rock n roll, people could now watch an entire channel dedicated to their new music heroes. With all these influences around, new stars were born and the 80’s pop charts were overflowing with timeless classics by Rick Astley, Whitney Houston, Billy Joel and of course Wham! All the while, rock music was progressing at a phenomenal rate, mainly to keep up with their massive hair! Bon Jovi were filling stadiums all over the world with their melodic anthems and even Canada provided one of the 80’s biggest stars in Bryan Adams.

Now, surely that’s enough for one decade, right? Wrong! In 1986, in a nightclub in Chicago, another genre was being created which has possibly had the biggest influence on music over the past thirty years. The DJs there were sampling UK & European electronica rhythms and adding heavy repetitive bass lines and soulful vocals…to create house music. The rest, as they say, is history.