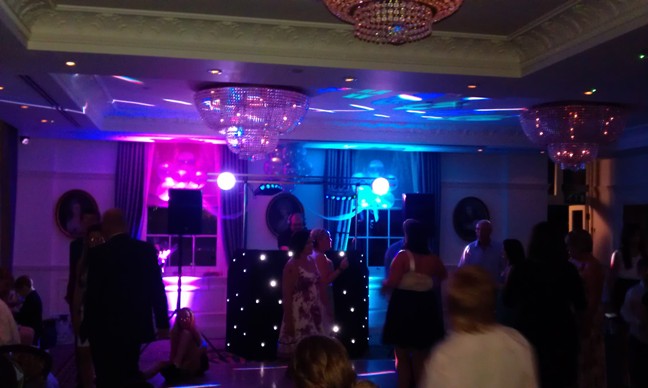 It’s a nice quiet Sunday evening, so time for a quick update on the blog….

Had a wonderful time last night in the Orsett Hall’s Gold Room suite, made all the more special by sharing the gig with another of Orsett Hall’s resident DJs, Big Russ. A really successful night, dancefloor was pretty much full for the entire duration, and despite having two DJs at the controls, there were no ego problems! It’s so nice to be able to set up and pack down in record time too, as Russ uses very similar equipment to me. Access is so easy at Orsett Hall that even one of our more complex set-ups was filed away in the van 30 minutes after the final song!

It’s a couple of months now since we took over the reins, running the diary for the Orsett Hall’s resident DJs, and so far it’s been a very positive experience. Supported by the other two main DJs, Russ & Wayne, we have everything covered. And even when one of us is not available, we can still call on some fantastic DJ friends from around the county to step in and perform to our high standards.

I’m very proud of the work that we do at Orsett Hall – four star DJs for a four star hotel!